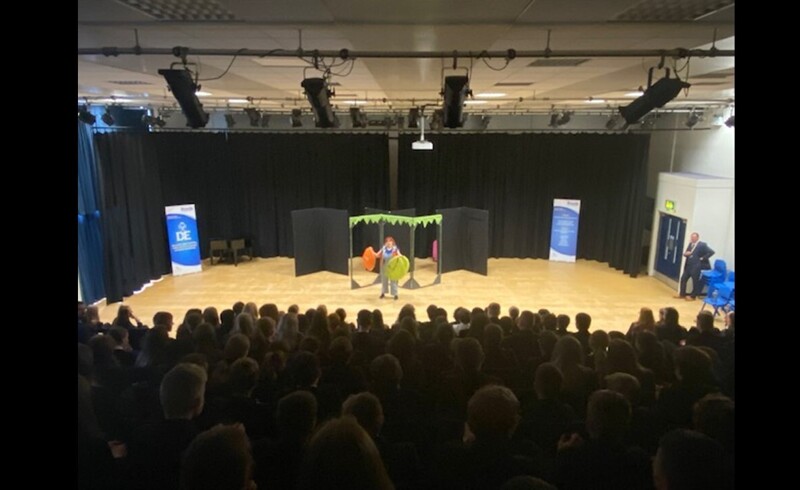 Today we had a theatre company in school to perform two different plays, the first  in French and the second in Spanish. The performances were organised as a reward for the excellent engagement by students in Modern Foreign Languages (MFL) both in lesson and online. This is another example of the fantastic support at Royds Academy for languages!

The performances were interactive and the actors involved praised our students for their participation, and their exceptional attitude to learning. Our students we able to put the Royds values into practice during the two performances showing great respect to our visitors.

Royds' students are once again a credit to their community!

Year 7 student, 'it was really good to see French being so much fun!'

Year 9 student, 'this will help me with my GCSE Spanish, can we do it again!'

Year 10 student 'the performance made my day, the actors were amazing!'

Well done to all involved!